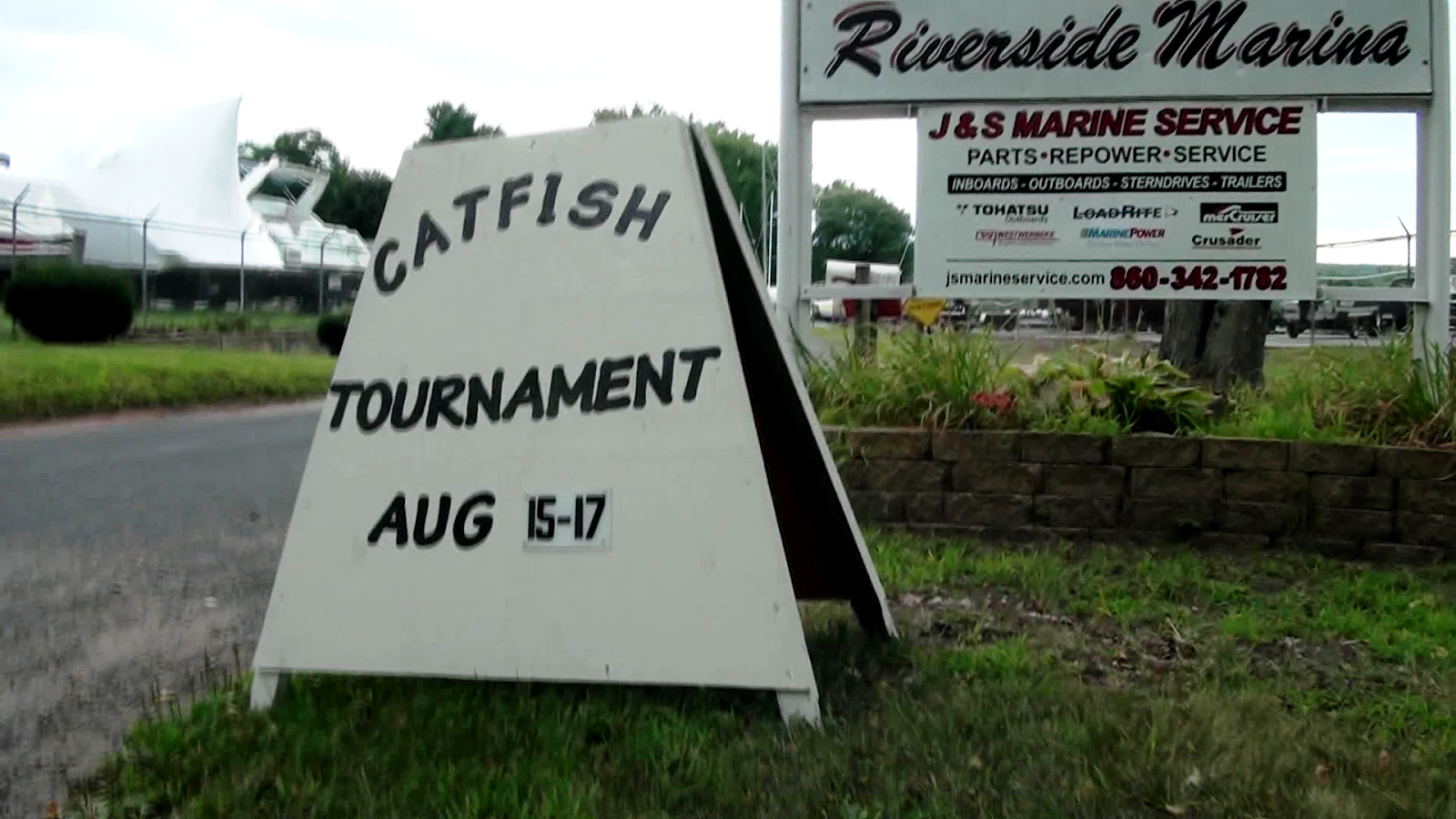 As Frances got the boat ready for our cruise to Block Island next week, Bill headed off to take care of his annual duties as announcer and photographer at Portland Riverside Marina's annual Connecticut River Catfish Tournament. We helped organize the first tournament 19 years ago and while we've missed a couple, we've been there for most of them.

We asked the top adult fisherman what bait he used. Seems he tried ells but landed the big one with strips of shed.

All of the fish are kept alive in a large tank and released after the tournament is over. One old fisherman said that he swears that a couple of these big fish have been caught 3-4 times.

Sue Bransfield, Town of Portland's First Selectwoman, shows up every year to give out the prizes and  seems to genuinely love doing it. It's amazing how many of the people in the crowd she knows by name. Guess that's what good about small Connecticut towns. Speaking of the crowd, these folks get into the beer quite early, well before the fishing ends at the sound of a canon. We know the guy who provides the canon and he really enjoys packing in the black powder. 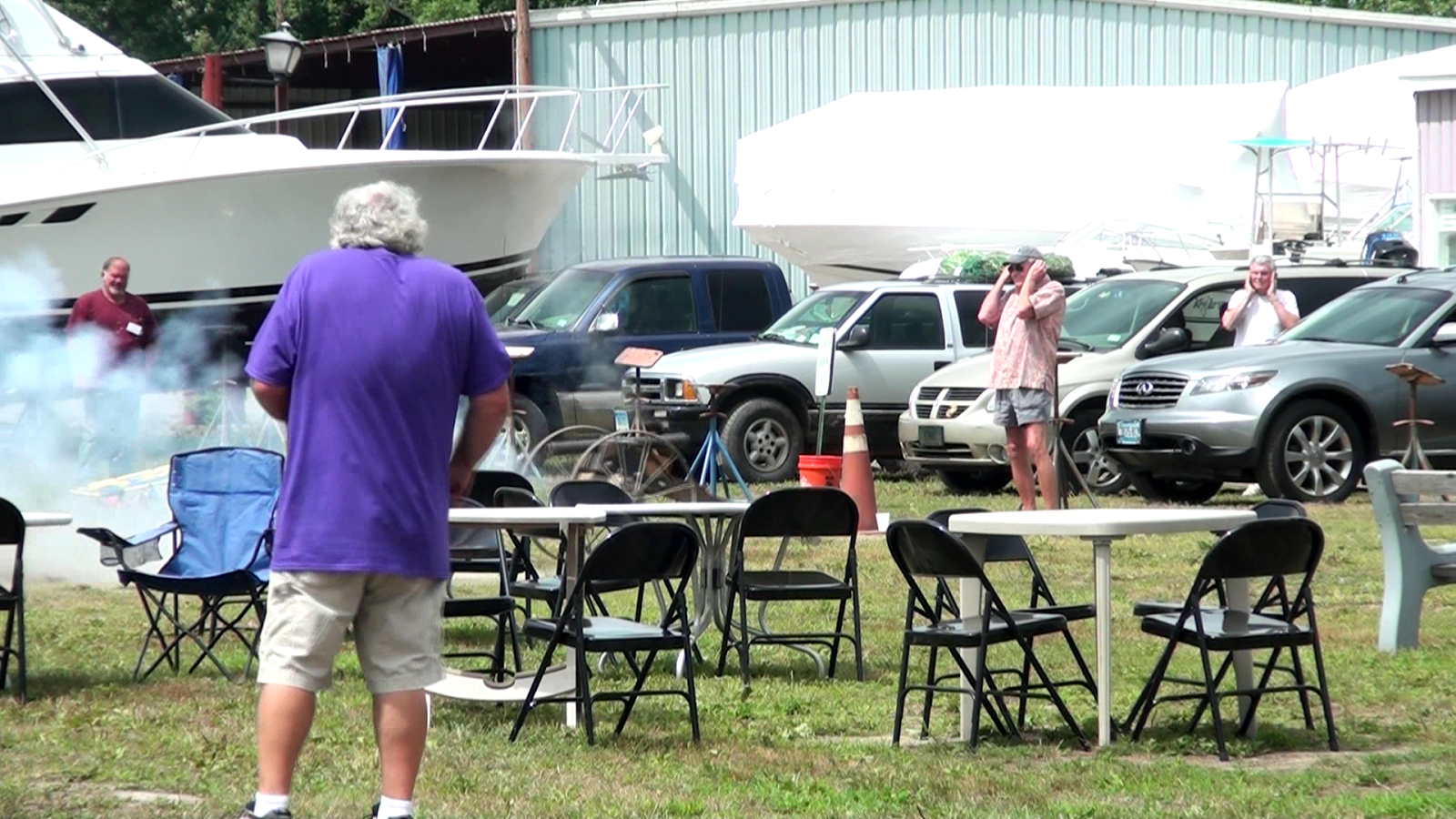 The video shows the "bang" better than this photo.

Once the prizes are given out, there is a giant cookout. Featured each year is a side of beef cooked in a home-made fire pit and cranked over by a crazy, belt-powered spit. But it works surprisingly well. 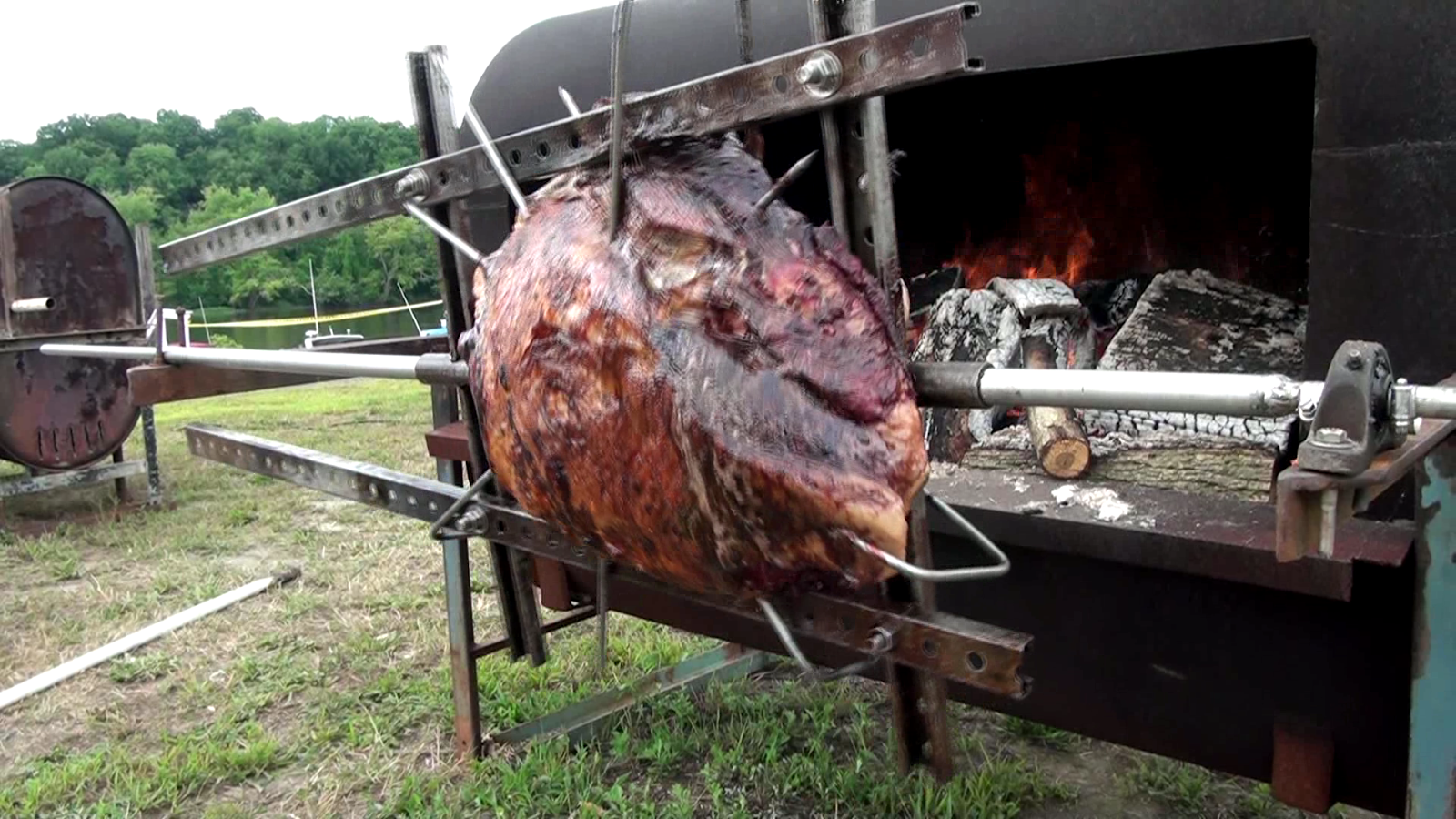 This year, there was a second spit sporting what the guys called "Miss Piggy."  Is pork good for the heart? 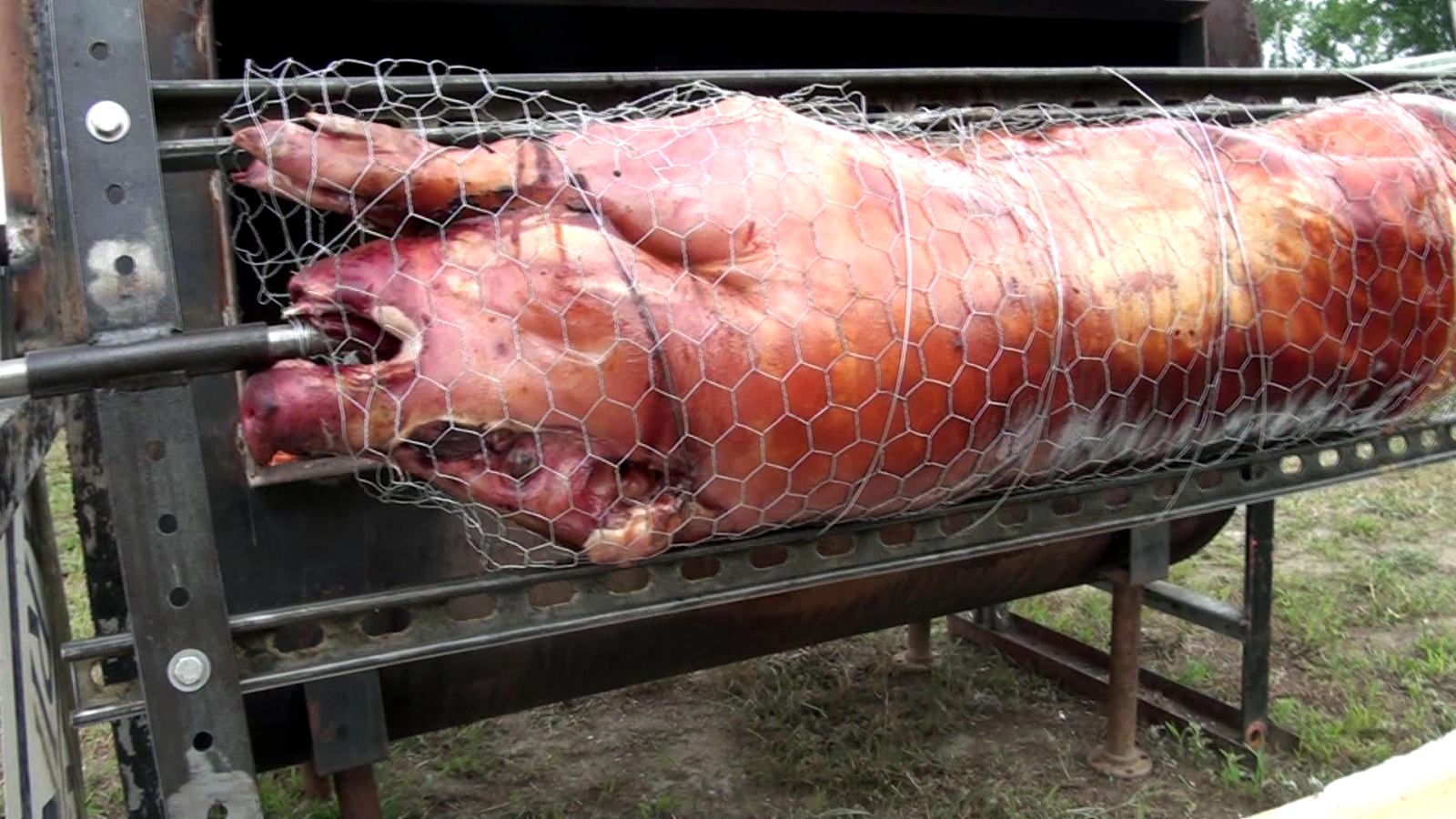 We usually leave after the awarding of the prizes. We'd love to dig into some of that meat but somehow, it's probably better to head home and sort through the video and get our stuff together for our trip to Block Island.

Posted by William Large at 5:36 PM